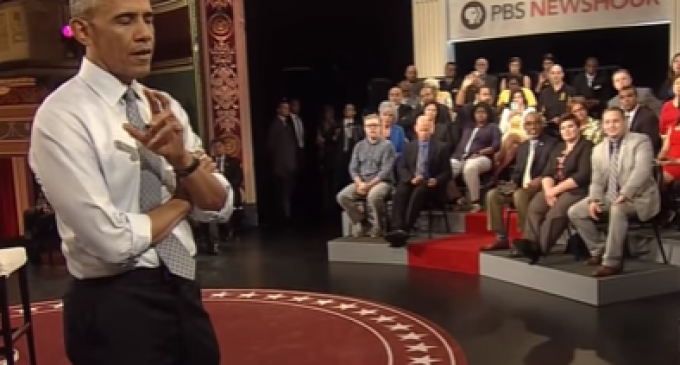 Barack Obama responds like a whiny, pouty little kid when anyone calls him out on his attempts to rule the country, and he is certainly willing to lie and misrepresent the facts when confronted. And so it is in the video on the next page where he is asked by a man in a town-hall type setting why he is so intent on creating new gun laws and restrictions, and why he can't see that such restrictions in Obama's hometown of Chicago are not working.

The man says nothing about about Obama trying to confiscate guns, but that is the first thing Obama boo-hoos about, insisting he does not want to confiscate guns, though there is ample evidence that many of his policies would make it difficult or impossible for citizens to own guns.

See the video of Obama twisting the question to pretend his gun control efforts are simply for public safety on page 2;