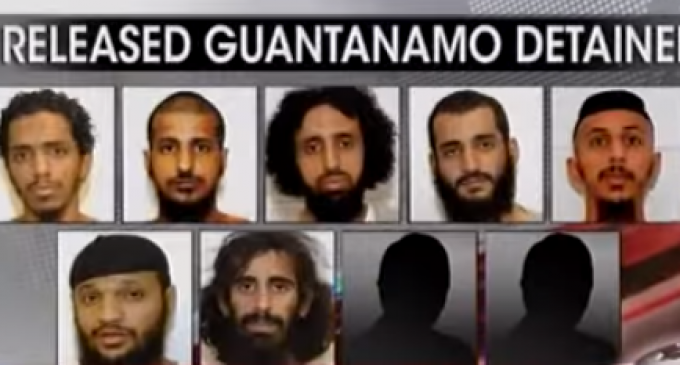 Saudi Arabia, the nation with the strictest adherence of the Sharia law and the worst human rights violations, will be taking in nine Guantanamo Bay prisoners released by the Obama administration.  Obama deems these detainees as “low-risk” offenders and the Pentagon's official message is one of gratitude to the government of Saudi Arabia for its “humanitarian gesture”.

A humanitarian gesture?  This nation is top perpetrator of human rights!  The reason Saudi is willing to accept these detainees is that they are viewed as heroic in their willingness to die for the cause of Islam and kill the infidel.

This new release leaves 80 prisoners at Guantanamo, which includes 26 men cleared to be sent home or to another country by summer's end.

Read more of Obama's imprudence in these detainee releases on the next page.