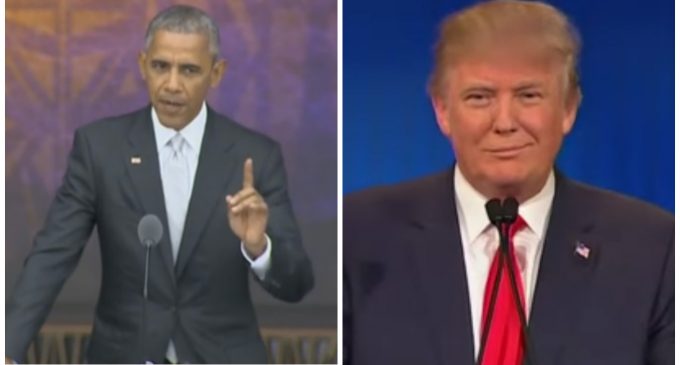 Instead of vowing to protect the US and taking the fight to the country's enemies, President Obama is ducking responsibility and gearing up for a final showdown with… his successor.

Yes, the most pressing threat to America today is not ISIS, Al Qaeda, or other terrorist groups but Donald Trump. It's not radical jihadists who Americans should worry about: its the vast majority of voters who overwhelmingly preferred him as president over Hillary Clinton. This is what passes for “analysis” on the left nowadays, and as laughable as it is, it is frightening that this is the lens through which they will view the world through the next four or eight years.

With terrorists striking in three separate incidents just this Monday, it is imperative that we come together as a nation and unite to defeat this truly global menace. Sadly, it appears that progressives are not prepared to do anything of the sort. One report even states that Obama is setting up a ‘shadow government' to undermine the Trump administration.