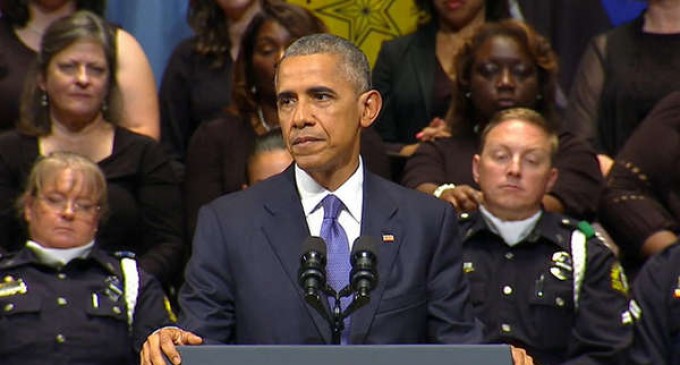 As it turns out, no act of violence may be too disgusting for the supporters of Black Lives Matter. Instead of walking away from the movement, many are doubling down — including our president.

During the memorial service for the slain Dallas police officers, Obama took the opportunity to show support for the movement that lead to their deaths. He even had the audacity to claim that “none of us is entirely innocent,’ as if the cops were somehow partially at fault for their own murder.

See Obama’s outrageously inappropriate comments on the next page: