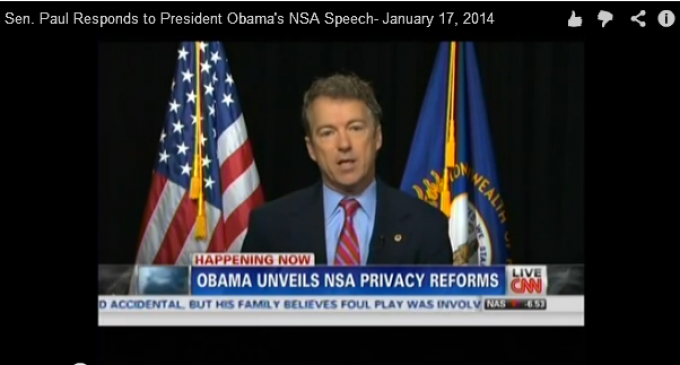 Obama wants to give you a little history lesson: Paul Revere and “The Sons Of Liberty” was doing what the NSA is doing now, snooping around to warn people of potential threats.

I couldn’t think of a less qualified person to teach American history as President Obama!

As Rand Paul puts it “Paul Revere was warning us that the British were coming, not that the Americans were coming”. Rand Paul has filed a class-action lawsuit against the NSA on behalf of Americans.

The Washington Post recently ran an article citing how Paul Revere could have been outed as a ‘terrorist’ by the ‘metadata’ the NSA collects.

In his recent speech, Obama has told us that he will reign in the NSA, making sure it will abide by the law and appease Americans.