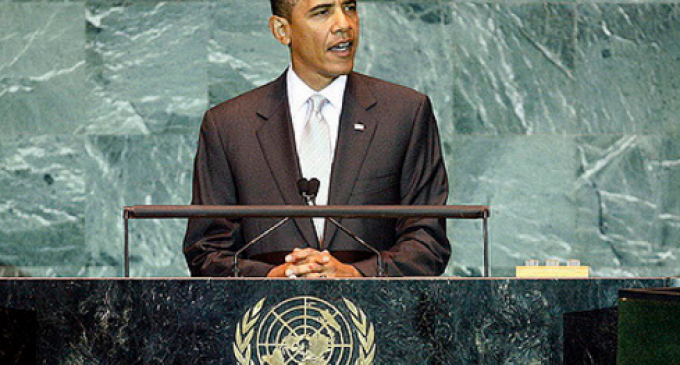 It's amazing how much Barack Obama can get done once he knows his party's days are numbered. Now that it's clear that Clinton will not be his successor, Obama has kicked his regulatory machine into overdrive. Predictably, he's targeting gun owners during his last month in office.

Earlier this year, Obama pushed for the adoption of the follwingUnited Nations gun treaty:

The treaty states that: “Each State Party shall establish and maintain a national control system, including a national control list, in order to implement the provisions of this Treaty.” It goes on to say, “Each State Party is encouraged to include in those records: the quantity, value, model/type, authorized international transfers of conventional arms covered under Article 2 (1), conventional arms actually transferred, details of exporting State(s), importing State(s), transit and trans-shipment State(s), and end users, as appropriate.”

Now, Obama is getting closer to making that treaty a reality. See what how Obama is trying to push the ratification of this gun registry through on the next page: