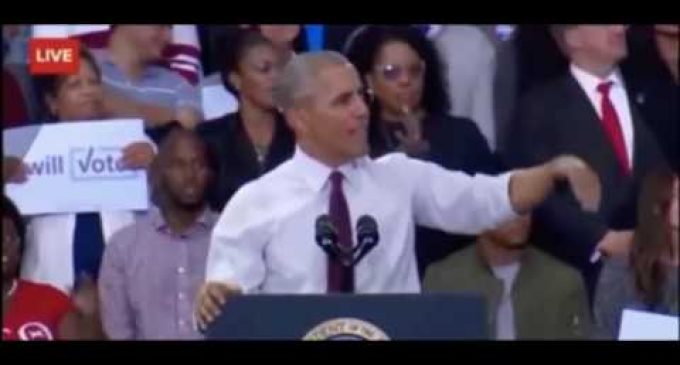 President Obama's heavy reliance on teleprompters has been noteworthy since the beginning of his administration.  At times, it seems like he's lost without one, being reduced almost to incoherency if he must deal with a controversial subject extemporaneously.  All of this sort of belies the liberal mantra that asserts that Mr. Obama is an incredibly skilled orator.

Then again it might just be that talking about Donald Trump so unnerves the man that he winds up babbling.  It's so embarrassing that you could almost feel sorry for the guy.  So, it's something to behold as you'll see on page two.