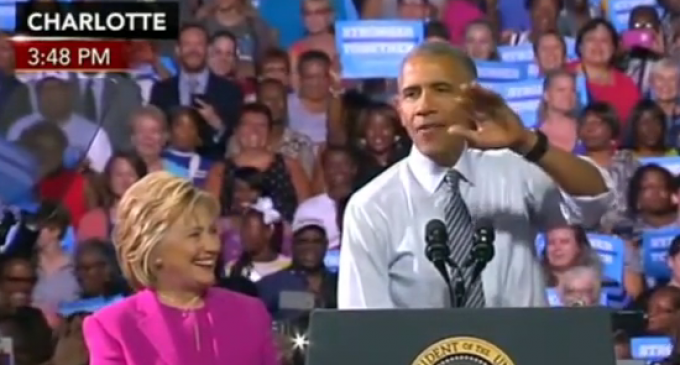 Either President Obama is not nearly as good a speaker as the media has made him out to be, or the prospect of Donald Trump becoming president is one that shakes him to his core.

For the past 8 years of his presidency, the administration has staked a major part of it's legitimacy on the idea that it's head is a preternaturally talented statesman who is above the petty bickering of other politicians. The left, for it's part, has bought this line wholeheartedly, regularly referring to him as “the only adult in the room.” Ironically, however, he ended up coming across more as a stuttering schoolboy at a recent engagement.

Hitting the campaign trail on Hillary Clinton's behalf, the president tried to deflect attention from Hillary's record of corruption and failure by focusing on what he and his followers perceive as the excesses of Trump and his supporters only for him to freeze up and repeat himself in the middle of his tirade.

Watch Obama's latest gaffe on the next page: