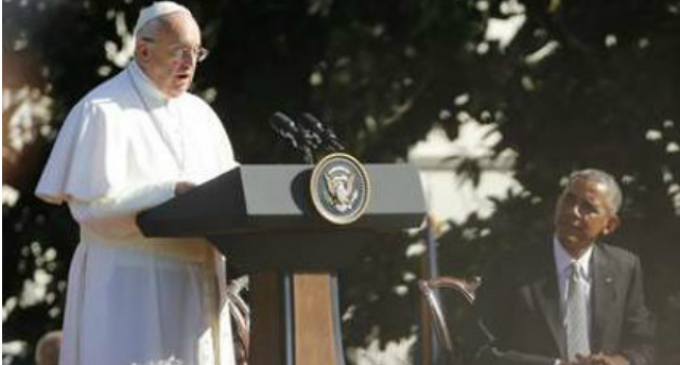 In case you haven’t heard, Pope Francis is in America this week to talk about poverty and climate change . . . and perhaps some religion. During his welcoming remarks, President Obama proved that he can not only lie to American citizens without a hint of remorse, but he’s also alright with lying to the head of the Catholic church.

When Pope Francis arrived at the White House on Wednesday morning, President Obama pointed out all of the things his administration has been ignoring and then said the he supports religious freedom, which he clearly doesn’t.