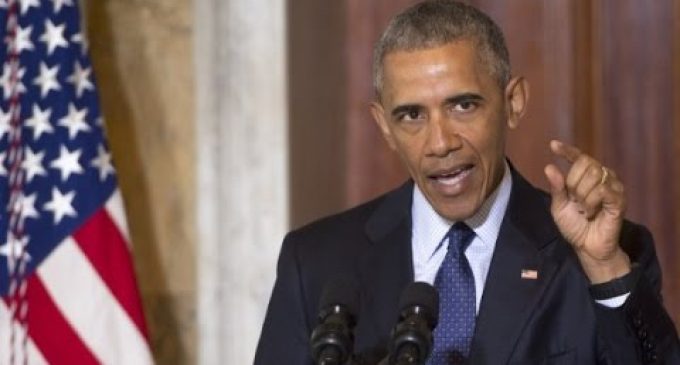 When you think about it, it really makes sense.  There's no point in Obama welcoming millions of illegal aliens into the U.S. if some pesky agency like the Department of Homeland Security can just deport them by enforcing the law. What a waste of time.

So, Mr. Obama, having flooded the nation with these folks, most of whom can eventually be depended on to show their gratitude by voting for Obama's political party, has now taken it upon himself to make sure they stay.  I mean, if they arrive illegally, it only makes sense that they are allowed to stay illegally.

Such is the crazy world that's being corrupted by our president. One where the rule of law is discarded, and discarded blatantly, to achieve political ends. Why not simplify things and just manipulate those voting machines? Sounds like a lot less effort to achieve the same result. And if the rule of law doesn't matter anymore, then who cares?