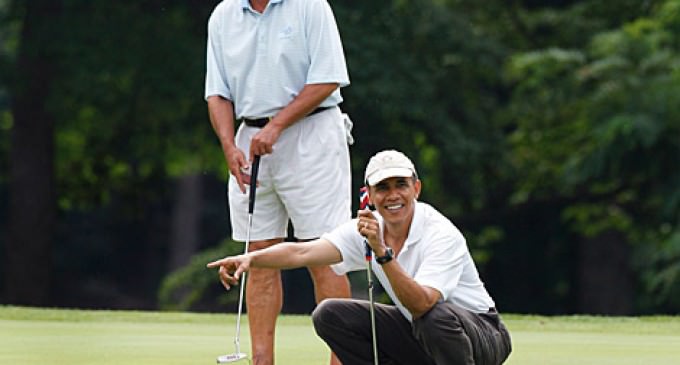 Lest any one harbored doubts about the possibility of President Obama letting his exit from office be a graceful one, take a gander at what he had to say about it recently.

Although some of his more unhinged supporters have attempted to cope with the imminent end of his presidency by, whether jokingly or otherwise, floating the idea of repealing the 22nd Amendment so that he could run for another term, Obama himself has been fairly quiet about the coming transfer of power from him to whoever wins the election in November.

In an interview on the Golf Channel, the president spoke about his cherished hobby when he said that despite his affinity for the game, he would not be “quitting [his] day job.” At this point, host David Feherty quipped that as a matter of fact he would be in a couple months, prompting an oddly defensive reaction from Obama.