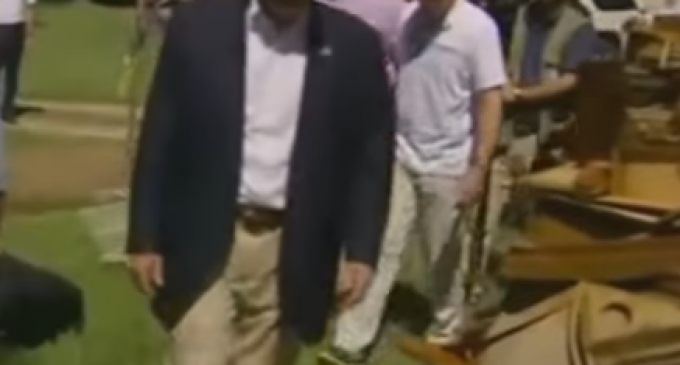 For years, wealthy politicians have had trouble proving that they care about the average American. Ask Mitt Romney. His $250 million net worth likely doomed his candidacy before it even began. Donald Trump, on the other hand, seems to have escaped the “rich white guy” narrative almost entirely. Despite being worth around 18 times more than Romney, Trump seems more Tea Party than political elite.

In an election cycle so fed up with the status quo, that's a good thing.

This week, Trump's of-the-people persona got a boost as the GOP nominee visited flood victims in Baton Rouge, Louisiana. Trump handed out goods and fed displaced residents during his stop in the southern state in a break from his usual campaigning.

Meanwhile, Hillary Clinton and Barack Obama were nowhere to be seen. Obama was too busy golfing in Martha's Vineyard. Clinton likely couldn't be bothered.

See the video of Trump's visit on the next page: