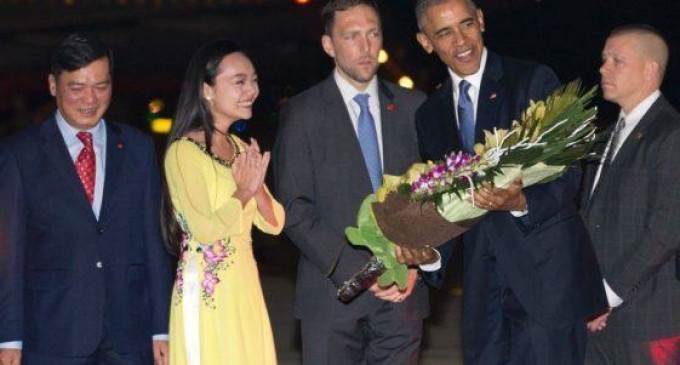 Retired Three-Star General Tom McInerney recently gave an interview where he summed up President Obama's foreign policy in a few short words: “protect your enemies and deny your allies support.”

The Obama administration has demonstrated its penchant for this doctrine on a myriad of occasions since the president took office in 2009.  He began his presidency by embarking on a whirlwind “apology tour” across the globe.  In this apology tour, Barack Obama made clear that he does not subscribe to the idea of American exceptionalism — in fact, he believes that America needs to apologize for its mistakenly self-ascribed exceptionalism.

It appears that all of the sucking up that President Obama has done to America's enemies has not gained him — or the United States — the respect that he hoped it would.  Instead, our enemies have simply become emboldened and our friends bitter.

Recently, instead of being welcomed like the leader of the free world on foreign trips, the president has been greeted like a washed-up 80s musician unaware that his time has passed.  Over the weekend, when Air Force One touched down in the communist nation of Vietnam, a small delegation of low-level government officials and a bouquet of flowers were the only things waiting for President Obama.

To read more about Obama's lackluster greeting and how it is just the latest in a long line of lukewarm landing parties, continue reading on the next page: