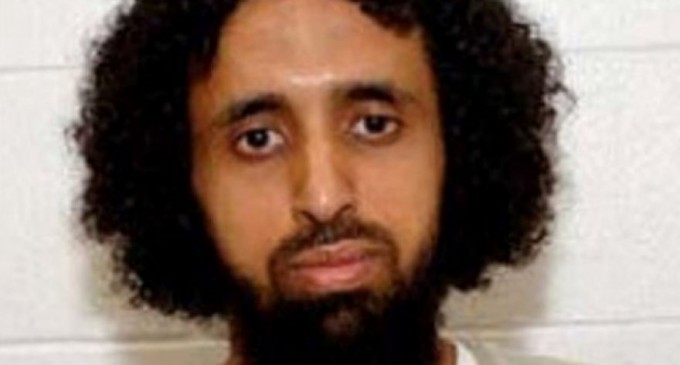 Attempting to keep his campaign promise to close Gitmo, Obama has released scores of terrorists back to their homelands.

One such individual, an Al Qaeda terrorist, sharing responsibility for the attack on the USS Cole in 2000, is the Suadi born, 38-year-old Yemeni citizen, Al Sabri.  He has been listed as a “high risk” detainee and it has been noted that he received advanced training in Afghanistan as an Al Qaeda recruit.

Commander Kirk Lippold, USS Cole, who was the commanding officer on October 12, 2000 when the Cole was hit, says that Sabri was not held accountable for his crimes.  Seventeen American sailors were killed, and 37 were injured, yet Sabri was well treated at Camp Gitmo, instead of being tried for war crimes and he was released because Obama does not believe he is still a threat to the United States.

One day, Obama's foolish release of terrorists will come back to damage America, but for now the President's myopic attitude that he will be remembered as the man who closed Gitmo is all that he cares about.  Let the next President pick up the shrapnel and broken bodies of those hurt by the released detainees, at least Obama “kept his campaign promise”.

Read more about Al Sabri's return to Saudi on the next page.