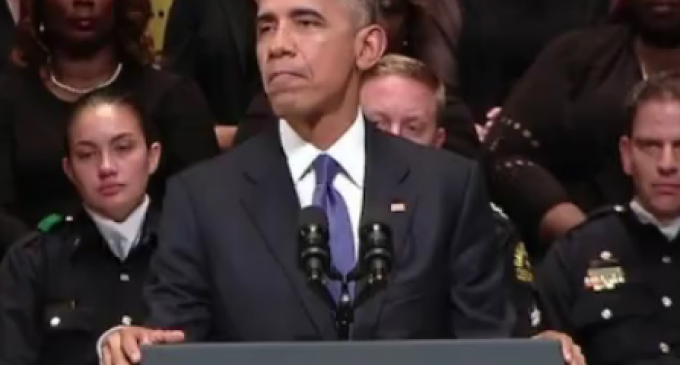 True to form, President Obama has exploited last week's horrific murder of 5 Dallas police officers to advocate for more gun control less than a week after the massacre occurred.

While it came as a shock to many that Obama, considering his vocal support for Black Lives Matter, actually took the time to speak at Tuesday's Memorial in honor of the slain officers, what he had to say surprised no one.

Instead of putting aside petty politics to remember those killed, the president used his speech to push not just the Black Lives Matter narrative that police are hostile to the black community but also the left's narrative that banning guns will prevent violence.