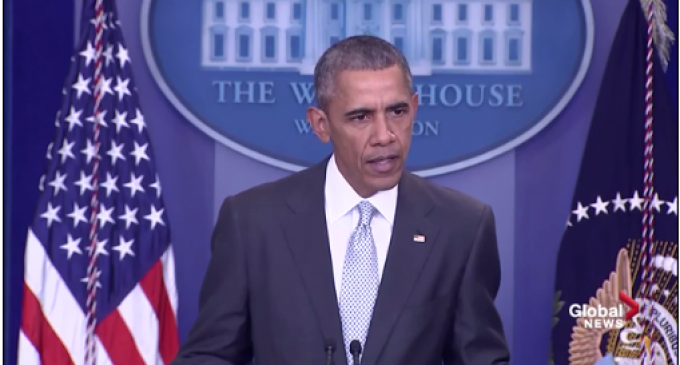 Despite the fact that a series of coordinated attacks took place at several locations in Paris with men shouting ‘Allak Akbar’, which also included a suicide bomber, President Obama says he ‘doesn’t want to speculate’ on who carried out this horrendous attack.

Are you kidding me?

Who does he think it was…the Buddhists?

Obama also says that France is our closest ally and we stand with the French. Yet, when world leaders gathered together in France in January 2015 in response to the Charlie Hebdo shooting, Obama was a no show.

Update: ADDED THREE VIDEOS tweeted by Global News on the NEXT PAGE: