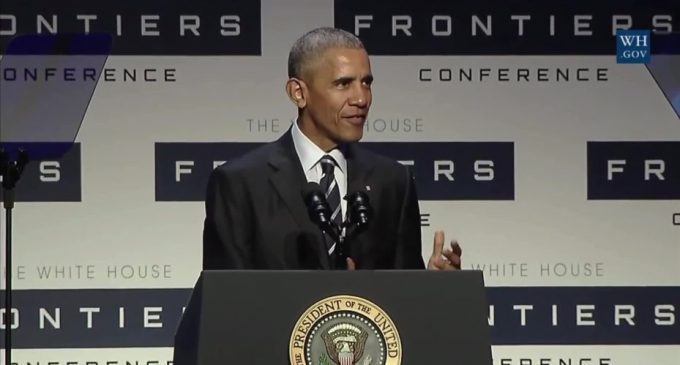 Leave it to President Obama to suggest that instead of changing the way he does things, everybody else should change the way they do.

One of the many things that many are no doubt looking forward to after November 8th is knowing that it will be an end to eight years of Obama, egged on by an ever-loyal media, throwing a pity party for himself and bemoaning the fact that the big, mean Republicans had the nerve, the conceit to not agree with every single policy he enacted and statement he uttered. For this alone Obama should have gone down as the most insufferable president in modern history.

But he hasn't, thanks to star-struck “journalists” who treated him as the embodiment of God on Earth. And instead of focusing on these shameless sycophants, the president obsesses over the small minority of the media who don't view him as such.