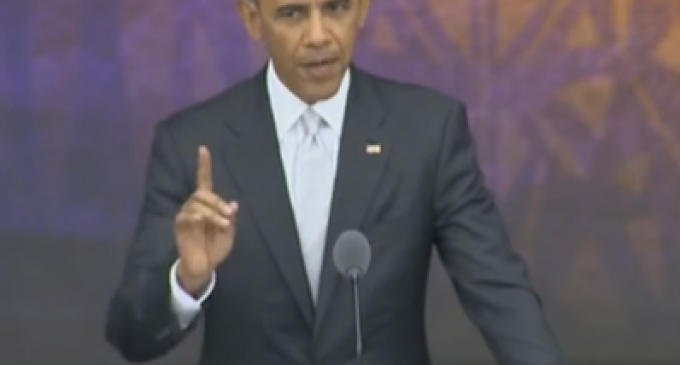 One would think, after the total collapse of race relations under Barack Obama, that the president would try and change tactics — but he hasn't. This week, Obama once again decided to admonish the white community for the problems caused by minorities in the inner city.

For the man once hailed as the potential healer of race relations, he sure does enjoy criticizing entire races of people — as long as that race happens to be white. Even when a crime is committed by a minority, Obama manages to blame white people.

Just a few weeks ago, Obama blamed the white victims of anti-police violence for the “racism” that got them shot.

It's incredible, it's insulting, and it keeps coming from the mouth of our nation's first black president. Surely, this isn't what people thought they were going to get when they called Obama's inauguration the beginning of a “post-racial America.”

See Obama's latest attack on white police officers on the next page: