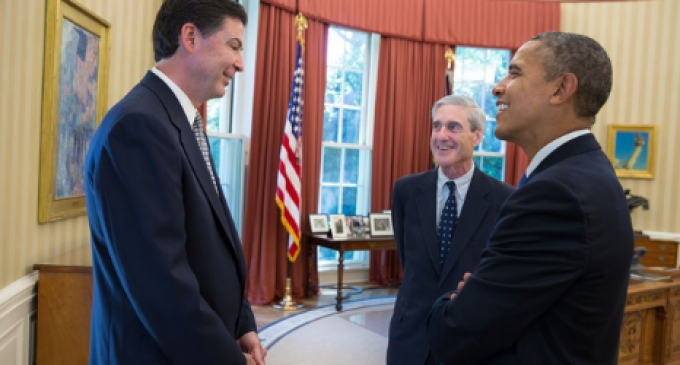 The FBI has certainly been getting under Hillary's skin lately.  That shouldn't be a surprise.  After all, investigating and pursuing criminals is their job.  It's when the FBI isn't doing its job, such as when FBI Director Comey refused to recommend criminal charges against Hillary a few weeks ago that there should be an issue.

And apparently there was an issue, since Comey has reversed course to some degree, as he reopened the inquiry into Hillary's email scandal.  And the FBI is now aggressively investigating wrongdoing by her associates such as Huma Abedin and her disgraced husband, Anthony Weiner.  And more than likely into a number of other matters that have yet to be disclosed to the public.

For those who think it would be a good idea for the whole Clinton crime syndicate to be prosecuted for their crimes this is good news.  After all, the problem shouldn't be finding felonies to charge them with, it would be figuring out where to start.

Arrayed against the FBI, unfortunately, is Mr. Obama and his so-called Justice Department.  Will he sabotage the investigation or prevent charges being filed in order to protect his legacy as well as Hillary and her partners in crime from prosecution?  More on page two.