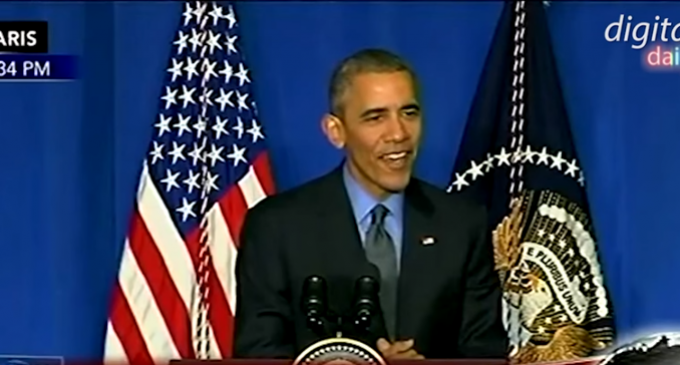 However, in President Obama's mind, extreme Islam isn't real and apparently neither was the attack they carried out. As his speech continued, he went on as if America were the only ones fighting terrorism, which is strange considering how he created ISIS and continues to fund terrorism.

This was, of course, all leading to a lecture about gun control. An opportunity to exploit a tragedy or push a liberal agenda in front of thousands of foreigners who really don't care never goes to waste with our fearless leader. He urged Congress and local governments to make changes to gun laws that would prevent people who were “deranged” or had “violent tendencies” from killing in the United States.