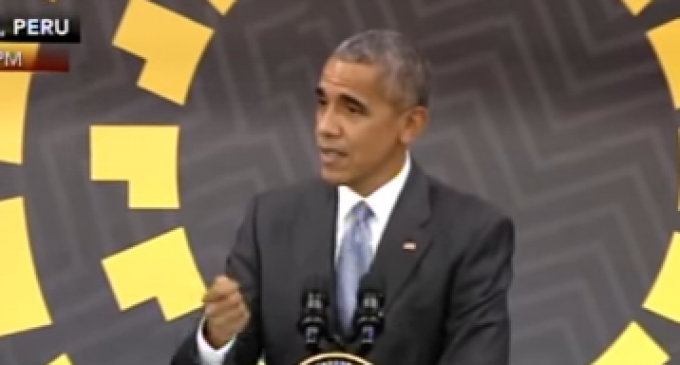 Top Democrats still can't seem to figure out why their party did so terribly this election, but it's not that hard to figure out. The face of their party, Hillary Clinton was a terrible candidate, and she dragged down the entire Democrat ballot.

Clinton's lack of skill as a campaigner was probably enough to cost her party many seats in congress, but the fact that she was under criminal investigation by the FBI probably didn't help. Not to mention Benghazi and the Clinton Foundation.

Still, Barack Obama thinks there is a different reason that Democrats did so poorly — and it has nothing to do with Clinton.

See what he blames for the Democrats' losses on the next page: