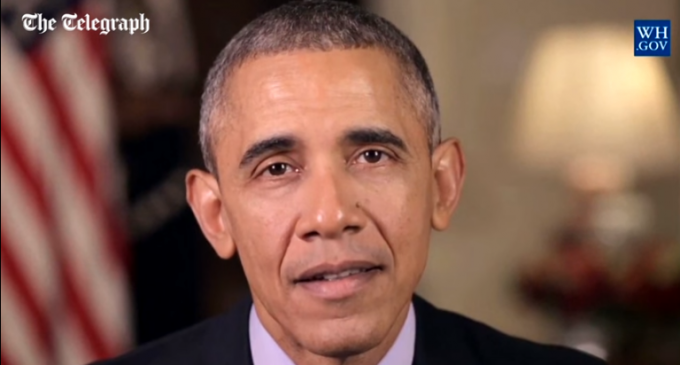 Emperor Barack Obama, frustrated with the democratic process and his inability to coerce congressmen on both sides of the aisle, has declared that he will issue by presidential fiat and executive order new requirements and restrictions expanding gun control this coming week.

He has been meeting with co-conspirator attorney general Loretta Lynch and other leftist groups, such as MoveOn.org, in order to determine how best to circumvent the Constitution which tasks Congress with law making, as well as how to explain to the American people why he prefers to override their clearly stated preferences with his personal opinion and choice.

Obama and other leftist organizations and individuals such as billionaire Michael Bloomberg have been pushing for greater gun control and regulation for years, and each time there is a shooting incident they use it to promote their political agenda, regardless of whether the facts actually fit their model. In fact, the various incidents they do cite, such as Sandy Hook elementary school, Umpqua Community College in Roseburg, Oregon, or the recent shooting by a radicalized Muslim couple in San Bernardino, all have the unfortunate commonality that the guns were obtained legally, with appropriate background checks, and would therefore not have been impacted at all by the restrictions and requirements Obama and company are promoting.

Obama claims that 40% of gun purchases are done at gun shows and online without background checks. Obama has shown himself to be an egregious liar when trying to push a point, because to Obama lying is just part of the process to achieve his “righteous” ends, as we saw with his promotion of Obamacare. This 40% figure is also a huge lie, which may have been true thirty years ago, but is certainly not true today. All gun dealers at gun shows MUST conduct background checks, with minuscule exceptions that some have estimated at about 2%. And anyone trying to buy firearms online will find that they must be delivered to a local gun dealer who will conduct an on-sight background check before the weapons will be handed over.

The biggest exception is with family member to family member sales or giving such as Dad giving junior his first shot gun for Christmas, or a widow giving the gun collection of her deceased husband to his brother. To say that these individuals must obtain a federal gun dealer license to transact that type of exchange is to say that the State is looking to confiscate family weapons because it is too burdensome or expensive for families to follow these new regulations.