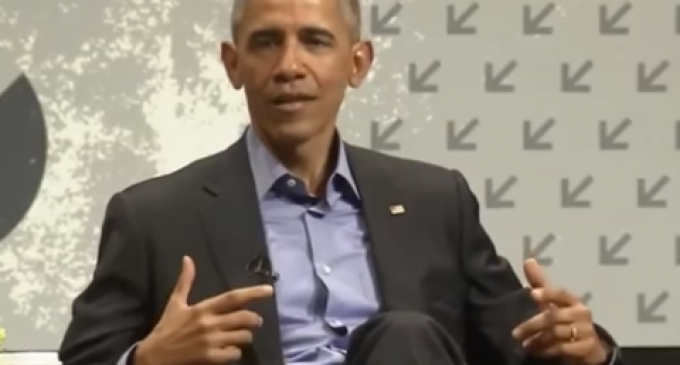 President Obama has been fabricating facts and stories for so long that perhaps even he cannot tell when he is just making stuff up. Of course the mainstream media facilitates the nonsense by reporting his tales as if they were true, twisting the facts to match the prevarications, or ignoring statements that simply cannot be bent or twisted to match the tale that Obama is telling.

In the video on the next page, even the left wing crowd at the South by Southwest festival in Austin, Texas laughs at the preposterous statements Obama is making, and he rebuffs them for not swallowing the fact-free points without question. It seems even this crowd knows when it is being lied to, even though it supports their traditional narrative.

Watch as Obama completely misstates the truth without the slightest hint of embarrassment, typical of his entire presidency.

See the Obama video on page 2: