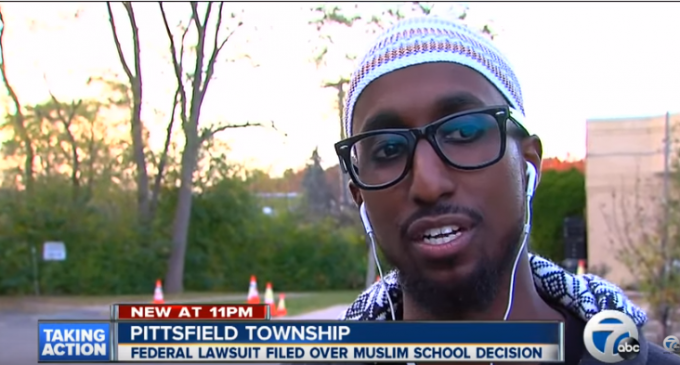 The Department of Justice has stepped in to file a lawsuit after a local zoning board denied a Muslim organization a permit to build a school.   The lawsuit was filed against Pittsfield Charter Township in Michigan on Monday, Oct. 26, by the government’s Civil Rights Division.

The DOJ is claiming discrimination, although the city council's reason for denial was due to traffic concerns, primarily.

This case is an another example of the over reach demonstrated by the DOJ.  The city council held open sessions allowing for citizens to voice their concerns.  The city council after taking into consideration all the concerns, voted to deny the Muslim Academy being built.

This was not about a Muslim Academy, it is about the additions the Academy proposed to build in addition to the academy.  A huge prayer hall and community center was additionally proposed after the fact.  Not only would these additions bring a traffic issue, questions remained about the additions which did not fit the population of Pitsfield Township's Muslim population.