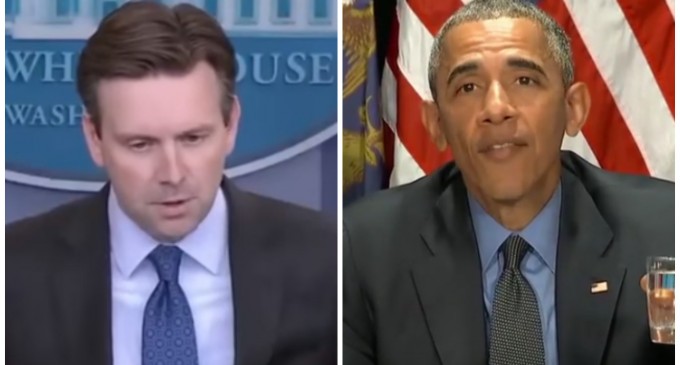 The Obama Administration isn't even trying anymore. After our lame duck President weaseled his way into a second term, and made it past the midterm elections — where his party got clobbered — our so-called Commander-in-Chief can't even pretend to feign interest in our service men and women, or the conservative patriots that support them.

The latest proof comes from a White House press briefing conducted by Josh Earnest. While the administration continued it's public obsession with the Flint water crisis, not a peep was offered about the U.S. Navy Seal killed in Iraq last week. Apparently, making boogeymen out of Republican governors takes priority over our involvement in the Middle East.

Maybe if we find out that the person who killed our Navy Seal was a Republican, they'll begin to care. Until then, the radio silence will likely continue.

Still, the media managed to drag out a forced mention of the topic during Q&A. See the administration's lackluster response on the next page: