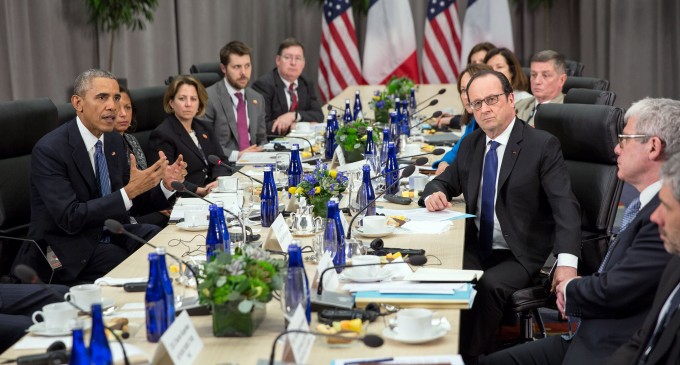 Not content with scrubbing his administration of any and all references to Islamic terrorism, President Obama has stooped to scrubbing foreign leaders' remarks of them.

Meeting with French President Francois Hollande to discuss the terror threat facing both our nations, Obama spoke of the obvious need to address it and stop the forces of ISIS and other groups like it. While his comments were unremarkable, it was Hollande's comments – or rather, the translations of his comments – that raised controversy.

Although official White House transcripts show Hollande made explicit reference to “Islamist terrorism,” the audio in the video contains nothing of the sort. In fact, the two sentences where the reference is made are nowhere to be heard in the video.

The only explanation for this serious discrepancy is that Obama felt uncomfortable with the leader of one of our main allies identifying the nature of our enemies and decided to have the “offending” material removed.