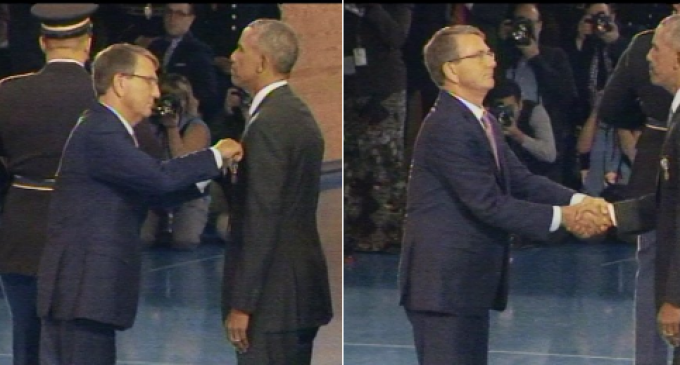 The Obama administration is congratulating their boss for a job-well-done as president — even if the rest of the country seems to disagree.

Barack Obama's approval rating was historically low for most of his presidency. His numbers improved, but only after Hillary Clinton emerged as his heir apparent. People disliked her and Donald Trump so much that they have come around to Obama. After all, it could have been worse. It could have been her.

But Obama doesn't seem to share the public's apathetic view toward his presidency. In fact, Obama seems to think he's done a pretty good job — so good that he's sure he could have beaten Donald Trump if he were allowed to run for a third term.

Breitbart ran the headline “President Obama Awards Himself Distinguished Public Service Medal”. Was that accurate? Let's take a look on the next page: