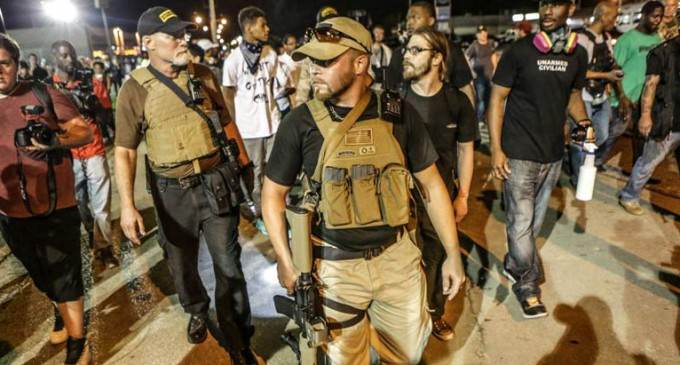 The Missouri chapter of the Oath Keepers will march through Ferguson with fifty black protesters carrying AR-15 rifles.

The Oath Keepers decided to hold the event after St. Louis County officials demanded that members could not open carry long barrel rifles within the city – which seems to have been a violation of Missouri’s open carry law.

In a video on the following page, police chief Jon Belmar warns members of the group that open carrying long barrel rifles is a violation of the law.