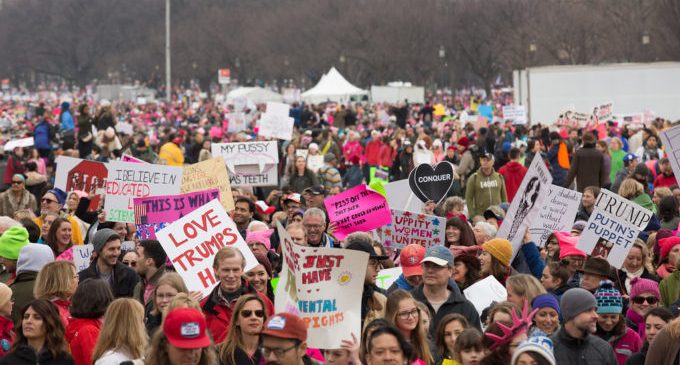 George Soros has made the news again — in The New York Times, no less. However, it’s clearly not the sort of story he would want printed. In fact, it exposes the funding behind the Women’s March as well as Soros’ involvement. None of this would be much of a surprise, however the source of this report is shocking. More in a bit.

It’s almost as though the keys on my notebook just don’t want to let me type the word “Soros.” So tiresome is this man’s irritating presence that nature itself should rise up and shake its fist at him. It’s one thing to be a confirmed liberal and take a public stand, but that’s not George Soros. The complaint here is that he prefers to act in the shadows, flying under the radar screen as he funnels money to liberal organizations that suit his purpose. He can then sit above all these groups, acting as sort of a godfather figure.

This man is a menace to our constitutional republic, our western culture, and our way of life as Americans. He despises Donald Trump and has said that he hopes his administration fails. And the good news is that he got exposed for the groups he supports from a very unlikely source. More on page two.