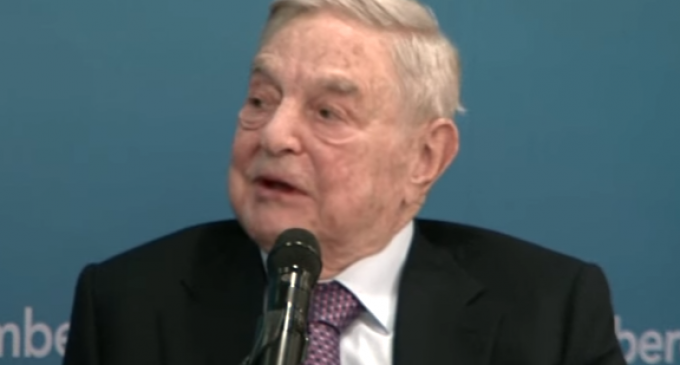 While Mr. Obama has left office, one of his main benefactors remains on the loose, prepared to wreak havoc on not only American society, but throughout the world. The man being referred to here is George Soros, exponent and financier of leftist causes in the US and worldwide.

This man is becoming increasingly difficult to listen to. His ideas and the directions he would take our nation have never been pleasing to those who appreciate the limited-government ideals embodied in our Constitution. But his ideas aside, just listening to him talk is a chore. Part of that is no doubt due to his advancing age, yet his interviews really consist of him almost babbling, saying little that is of any consequence, and sometimes misunderstanding the questions.

More on one of Soros' latest interviews is on page two.