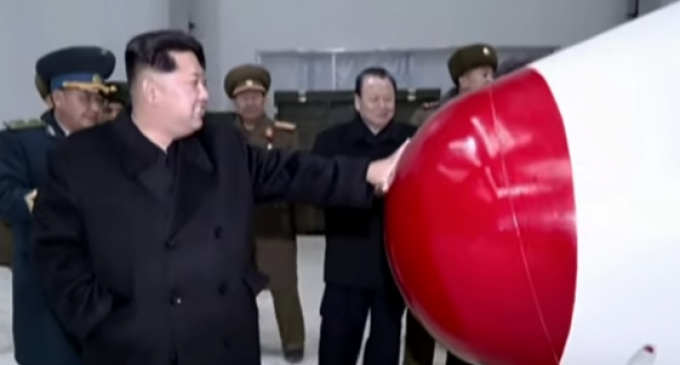 Kim Jong-Un just cannot keep his mouth shut and stop launching threatening missiles. And if his outlandish comments and actions were made by a nation that could actually carry out his threats of nuclear attack, they would have had devastating consequences years ago. Of course, we're talking about his repeated threats to nuke the United States. What is he thinking, or does he not believe that words and actions have consequences?

There are numerous theories that try to explain the behavior of the North Korean dictator. Some say he's insane, others that he just wants attention. If it's attention he wants, he may find himself getting it, only not the form he would prefer.

Some believe it's a dangerous attempt to prevent an attack by the US, South Korea, Japan, and perhaps others. Whatever his reasons, it a stupid thing to do that could end up getting a lot of people killed, and find Mr. Kim with not much country to govern anymore, should he survive.