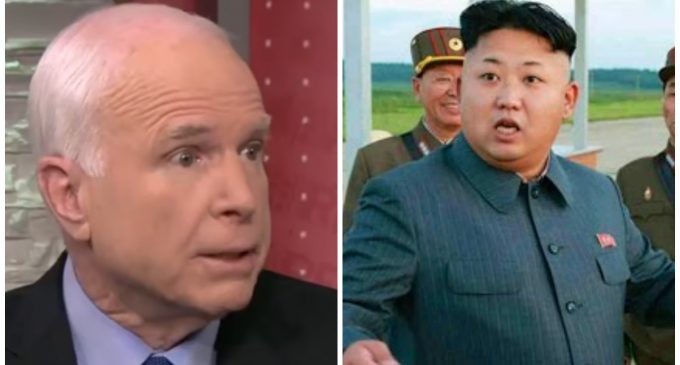 When John McCain lost the presidential race in 2008, many accredited his loss to his war-happy demeanor. After 7 years in the Middle East, the country wanted a president who avoided needless international conflicts. But despite his loss, McCain is still stiring up trouble internationally — but not in the way you might think.

Kim has been known to take retaliatory actions against anyone willing to oppose him — just ask the men who he executed with anti-aircraft guns — and this situation is no different. Since Kim doesn’t have direct access to McCain, he’s threatening the entire United States in response.

See McCain’s full quote and Kim’s response on the next page: