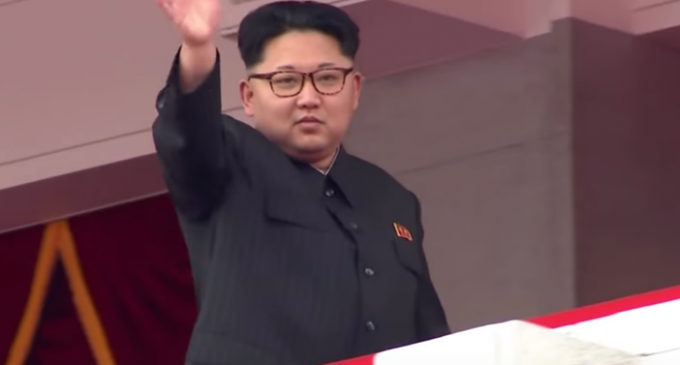 It appears that warnings from China, Russia, the Fake News Industrial Complex (FNIC), the United Nations, and other leaders from around the world are not going to deter Donald Trump from standing his ground against the plus-sized bully of the Far East.

Over the past few weeks, the FNIC has been driving full force toward convincing a greater portion of the United States that Trump was the actual bully in wolf's clothing and that Kim Jong-un was the poor, little, defenseless, fluffy bunny rabbit who was perched on the lip of the entrance to his warren, ready to defend his entire brood of bunnies against the Mother of All Evil, America.

When the days-on-end of negative press and one story after another enlightening an ignorant American public about the virtuous North Korean people and their brilliance…and art…and music…and culture, it was inevitable that the Right-wing would rear its ugly head and ruin the whole façade.  Pretty soon, we were hearing about the death squads, the poisonings, the public executions, the burning of books, the starving of the people, and the volunteering of six-year-olds and up for military pressing.

Now, Russian president Putin can sense the inevitable.  Today, in a press conference, he finally reserved himself to the fact that the tyrant from North Korea will not be convinced through sanctions, nor military displays, but would rather “eat grass” than to bow to the will of the international community.

Turn to the next page to read the newest little surprise from the ambassador of North Korea to the UN in Geneva where he has delivered a message directly from his leader to the US regarding nuclear war!