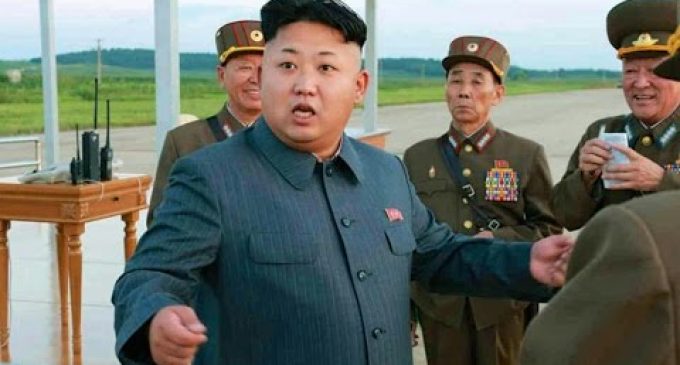 With a new American president set to take office in January, North Korea is prepping itself for future relations by making some pretty ridiculous demands. In a nine page letter sent to the United States, they demanded that America stops its “hostile nuclear threats” towards them and their leader. While North Korea has kept fairly silent about Donald Trump's election, it would seem that they were paying attention and has made their demands of Mr. Trump.

However, they obviously haven't been watching the news or reading anything about the man, because if they had, they'd know that Donald Trump doesn't take demands from anybody. He's the one that gives the demands, and North Korea is about to get fired from his potential friend list before even making it on there.

The memo sent from North Korea argued that since the death of Kim Jong-il, the United States has created conflict because of its ever growing arsenal of nuclear weapons.

Again, they haven't been paying attention to anything happening in the United States, or else they'd know that President Obama has been doing a bang up job of making sure the country is completely helpless should an actual nuclear war break out.

And who is North Korea to play the victim? They did, after all, test a hydrogen bomb not too long ago.

Read what the memorandum said on the next page.