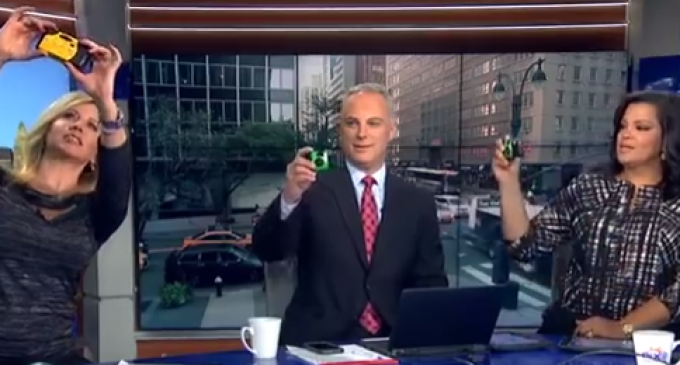 Hillary's health problems are back in the news after it was revealed that the Secret Service banned cell phones from the second debate.  While you might think that would be done so there were no interruptions, it was reported that the actual reason was to prevent people from taking photos with the flash on, thereby possibly triggering another one of Hillary's seizures.

Openly questioning Mrs. Clinton's health has, in the past, qualified you as a “conspiracy theorist” by those gatekeepers in the major media.  And it still does to the extent that it's possible to make that label stick.  As we know, this term is used to disparage the opinions of those not falling in line with the major media's agenda.  The thought is that if a line of thinking could be described as a “conspiracy theory,” then it could be quickly dismissed as fantasy. It's a handy tool for controlling the debate.

Desperate to keep any discussion of her health off limits, Clinton supporters in and out of the mainstream media are quick to explain away Hillary's odd behavior, apparent seizures, and fainting spells as a result of her having gotten dehydrated or overheated, or as a result of pneumonia.  While we've not had a major incident with her health since Hilliary passed out at a 9/11 memorial service and had to be dragged into a van, the health issue has remained in the background.

While dehydration and pneumonia may be factors, there's clearly something else going on — a point made by medical professionals who have reviewed what we can all see in the light of what's known about Hillary's health. While a specific diagnosis cannot be made without an actual physical exam, medical doctors have speculated that Mrs. Clinton might be suffering from a disease such as Parkinson's, which would have serious implications for her ability to serve as president.

More on the banning of the phones at the debate on page two.