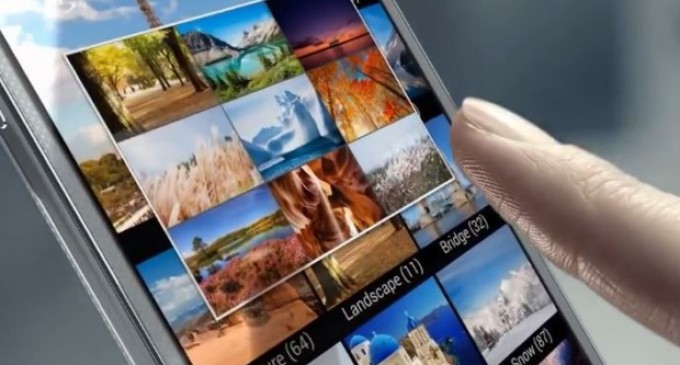 Google has filed a new patent for identifying when a “mob” event takes place by detecting when a number of cellphone videos or photos are taken at one particular location.

It can then forward such information to law enforcement. This has serious implications for privacy and freedom of assembly!

Earlier today we posted a story about how protesters in Kiev all received a text:

The Google patent indicates that such tracking of protesters isn’t too far away here in the States.

Google has filed a patent for identifying when a “mob” event takes place by detecting when a number of cellphone videos or photos are taken at one particular location with the intention of forwarding such information to law enforcement authorities.

“When there are at least a given number of video clips with similar time stamps and geolocation stamps uploaded to a repository, it is inferred that an event of interest has likely occurred, and a notification signal is transmitted (e.g., to a law enforcement agency, to a news organization, to a publisher of a periodical, to a public blog, etc.),” states US Patent #20140025755.

The patent raises questions about what level of remote access Google or any other company should have to your cellphone, and how such information may be abused or misinterpreted to alert authorities to ‘suspicious behavior’ which is in fact completely lawful.

Time and location data pertaining to photographs and videos is a feature which already exists in virtually all modern cellphones.

“Would only photos/videos you uploaded as publicly viewable be included into this system? Could you opt out? Could Google access the private content stored on your local device for these purposes?” asks Quentyn Kennemer.

Such a system could easily be exploited by law enforcement authorities for a multitude of reasons, including the surveillance and monitoring of protesters.

The potential threat to privacy and freedom that would be created if these kind of measures became commonplace is open ended. Back in 2012, Apple filed a patent allowing it to wirelessly disable cameras on iPhones by “forcing certain electronic devices to enter “sleep mode” when entering a sensitive area.”

Protests, political gatherings and other events at which authorities wish to prevent communication, documentation or video streaming could be turned into dead zones by creating a “geofence” around designated locations.