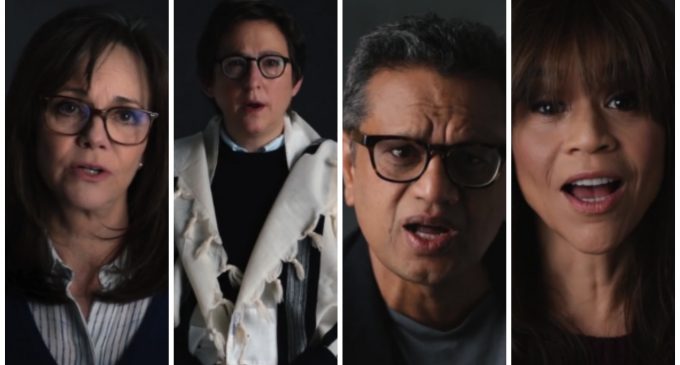 When it comes politics, celebrities are have become notorious for two things. The first of those things is being liberal. The second of those things is believing that they speak for a “majority” of the American people. The real mystery here, however, is why they think their opinions matter? Now that Donald Trump has won the presidency, they've come out of the woodworks crying offense for things he never said and things things they believe he will say. They've even gone as far as to suggest that they know more than the American people, and that they got the election wrong, which can be seen in the “A Message for Electors to Unite America” video.

If you'll recall in the months leading up to the election, Joss Whedon got his Marvel buddies to star in an Internet film asking people to “vote their conscience” which might as well have just been them asking people not to vote for Trump, seeing how it was just about as unbiased as a political video could get. Now, another video has surfaced, featuring celebrities that most people have never seen or heard of and a few who haven't been relevant since the eighties, asking people to sign a petition at moveon.org.