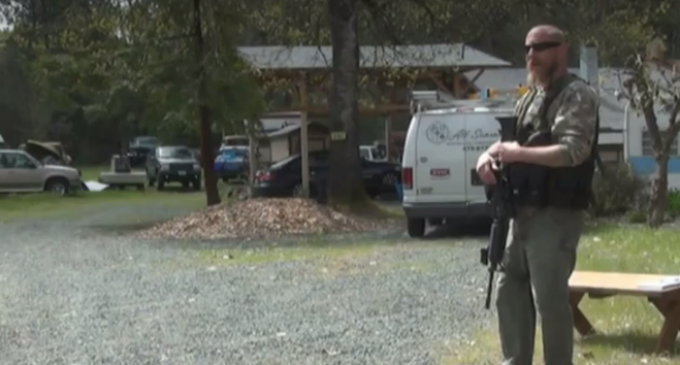 The next showdown between the Bureau of Land Management and land owners and the militia is heating up in Oregon. Miners working in the Galice Mining District near Grants Pass have called in the Oath Keepers to intervene in a dispute with the BLM in a tense situation occurring near the one-year anniversary of the Bundy Ranch standoff that sent the BLM packing.

Sugar Pine miners have had one of the longest running operations in the U.S. Mining since the early 1870s, they have produced 10 million ounces of gold since their conception and geologists estimate they have removed only 10% of the gold from the land, making it a highly sought after terrain.