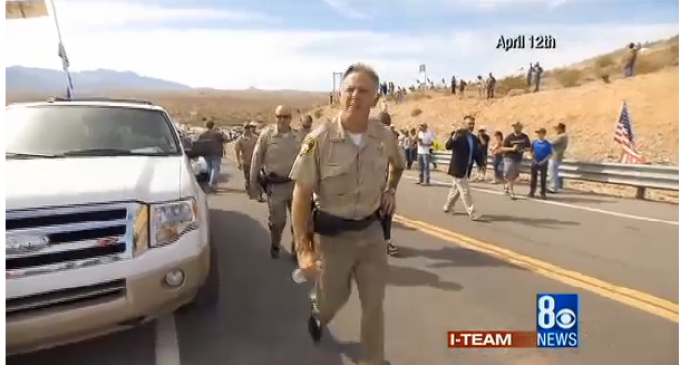 The FBI has launched a formal investigation of supporters of the Bundy Ranch for ‘death threats, intimidation and pointing guns at BLM agents’.

The strategy of the feds seems fairly obvious. First garner more public support by convicting a few ‘law breakers’ for the illegal act of pointing a gun at a federal agent and making threats, then go in with force.

This will also give the feds more opportunity to demonize gun owners.

Of course, Bundy supporters feel that the federal government itself is in contempt of the law for it’s assault on the Bundy Ranch.

Here are are at an interesting point in our history. More lines are being drawn in the sand between the federal government and the American people everyday on several fronts.

Let the ones writing the history, the victors, be us citizens.