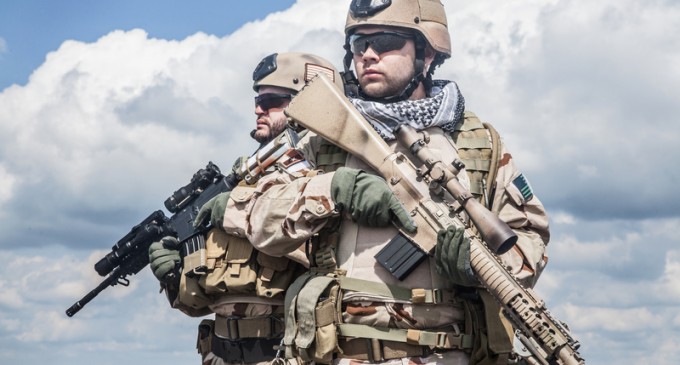 Our military continues to get short shrift from the Obama administration, with soldiers lacking access to even the most basic of equipment and weaponry.

California Representative Duncan Hunter has revealed that Navy SEALs have come forward to him saying their weapons have been taken from them after they finished their tours of duty and given to other servicemen.

The reason for this bizarre practice is the armed forces simply don’t have enough rifles to make sure each and every soldier is armed as they should be. But as Rep. Hunter notes, the SEALs want their weapons, which they used to protect both themselves and the country, back, saying they view them as “their lifeline.”

Making the matter all the more baffling is the fact that the military has acquired millions of extra dollars due to recent budget increases, meaning they should have no problem covering the cost of the rifles. But then again, when the leadership is focused on fighting global warming instead of terrorists, you can’t be surprised that arming soldiers isn’t that high of a priority for them.