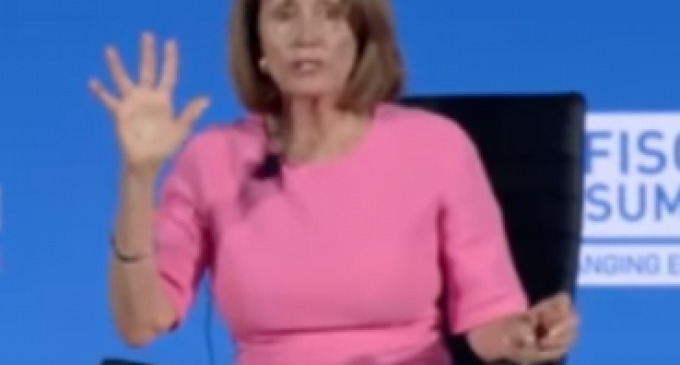 Nancy Pelosi, the marble-mouthed minority leader of the House, is spouting more nonsense this week. Donald Trump was, of course, the target of most attacks, but the NRA also got a mention. But despite the reference, Pelosi doesn't seem to know what the organization even is.

This is nothing new, unfortunately. Watching Democrats talk about guns is often a painful experience. They talk endlessly about the topic despite their total lack of knowledge on the field, a fault of which California Democrats are particularly guilty. Last year, California Senate candidate Loretta Sanchez chastised the availability of “multi-automatic round weapons” in her state — a term that means absolutely nothing. Fellow California Democrat Pelosi made a similar gaffe this week when talking about the NRA.

The remark came during a summit focusing on the national debt. As expected, Pelosi began to talk about Russian influence in the election, but the attack quickly went off the rails when she began talking about the NRA.

What does the NRA have to do with Russia? Find out on the next page: