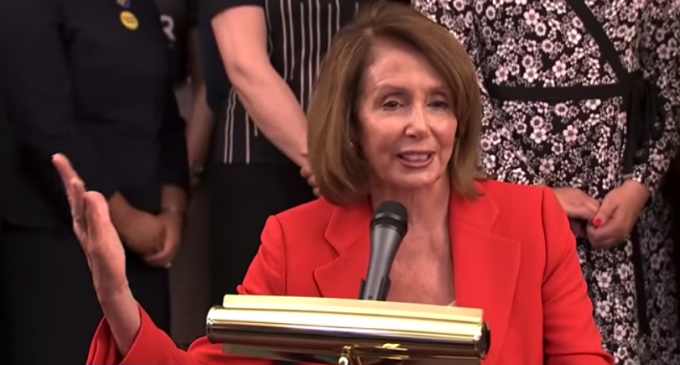 House Minority Leader Nancy Pelosi (D-CA) admitted on Wednesday during a press conference that the constituents in her San Francisco Congressional District call her “a corporate pawn.”

The basis of the press conference was on political neophyte and Democratic Socialist Alexandria Ocasio-Cortez’s stunning victory against 10-term Democrat Joe Crowley.

“The fact that in a very progressive district in New York, it went more progressive than–well Joe Crowley is a progressive — but more to the left than Joe Crowley, is about that district,” Pelosi said. “It is not to be as something that stands for everything else.”

On the next page you can hear Pelosi's admission: