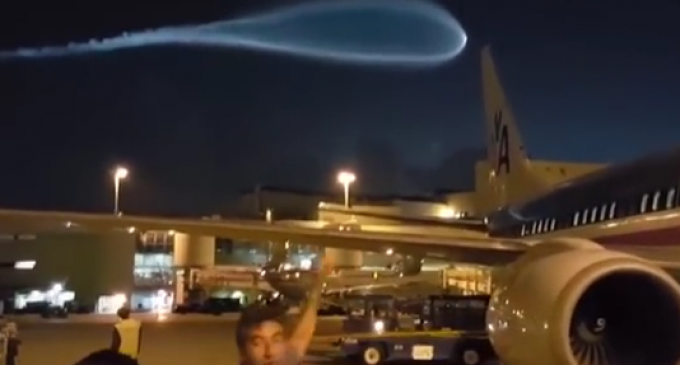 A ball of fire streaked across the evening sky at 9:40 p.m. on July 27th, causing residents of Los Angeles, Riverside, Sacramento and Las Vegas much excitement.  Many posted videos of the event, and even residents from other states, like Utah, saw the mystery lights making a brilliant line across the sky.

Witnesses say that the fireball lasted for thirty-seconds, and many who posted on social media gave amazed commentary on what they were seeing.

Another strange night time phenomenon occurred in Miami, Florida roughly a week ago, when a bluish tadpole-shaped light crossed the skies over Miami Airport.

Employees at the airport were standing beside the American Airlines plane when the odd light appeared.  Two men used their phones to capture the bizarre scene.

Check out the videos on the following page.  Speculate for yourself what it is you are seeing.