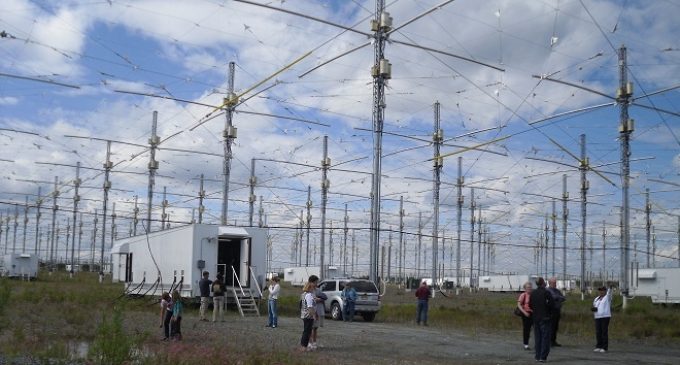 There is a government research establishment located in Alaska that has been the source of seemingly endless conspiracy theories. This is no surprise since the facility admittedly involves the artificial manipulation a region above our atmosphere surrounding the earth called the ionosphere. Couple that with an enormous array of antennas, powerful radio transmitters, terms and language that only physicists understand, and classified activities, and it would be a shock if it were not surrounded by conspiracy theories.

The facility is refereed to has HAARP, which stands for High Frequency Active Auroral Research Program. It was formerly run by the US Air Force which shut it down after claiming that its research work there had been completed. Since that time, almost two years ago, the facility has been under the control of the University of Alaska Fairbanks Geophysical Institute. Not much has happened at the facility since the Air Force left until now. More on page two.