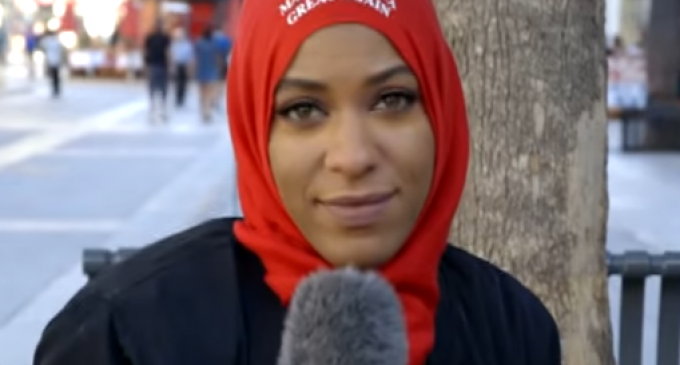 At last year's Rio Olympics, America fielded its first hijab-wearing Muslim athlete. The fencer, Ibtihaj Muhammad, gained prominence for her religion but stayed visible through a series of anti-American statements. Muhammad may have represented the United States on the world's biggest stage, but don't confuse that for a sense of patriotism.

In an interview with The Daily Beast, Muhammad once complained about living in the United States. According to the athlete, she feels ”unsafe” in the US and blames racism for her sense of fear while walking through New York City. When asked about Donald Trump, she said ”I don't know who that is.”

Despite this, Mohammed was nearly chosen to carry the American flag during the Rio Olympics' opening ceremonies. In a vote among her peers, she placed second to Michael Phelps. CNN published a piece that claimed Phelps didn't deserve to carry the flag because, in so many words, he's a ‘tall, successful, rich, white guy'

It's unclear whether her fellow athletes were aware of Mohammed's penchant for anti-American rants when they made their choice.

Watch as Mohammad attacks Trump's call for a safe America on the next page: