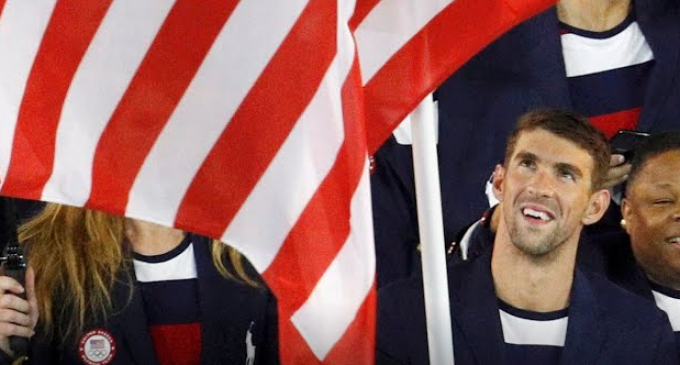 This week, Michael Phelps carried the American flag into Maracana stadium during the opening ceremony of the 2016 Rio Olympics. He was selected by his peers on Team USA after becoming the most decorated olympian in history, having won 22 medals and appearing in four previous Olympic games. Despite his many accomplishments, however, some are trying to argue that he didn't deserve the privilege to carry the stars and stripes into the arena.

The Olympics — and especially the opening ceremonies — have long been recognized for their distinct lack of politics. Warring countries have marched alongside one another at multiple games in displays meant to show unity despite the world's many ongoing conflicts.

Some, however, are trying to inject politics, political correctness, and accusations of white privilege back into the games. See who many thought was a more worthy flagbearer on the nest page. Be forewarned, it had nothing to do with her athletic ability: