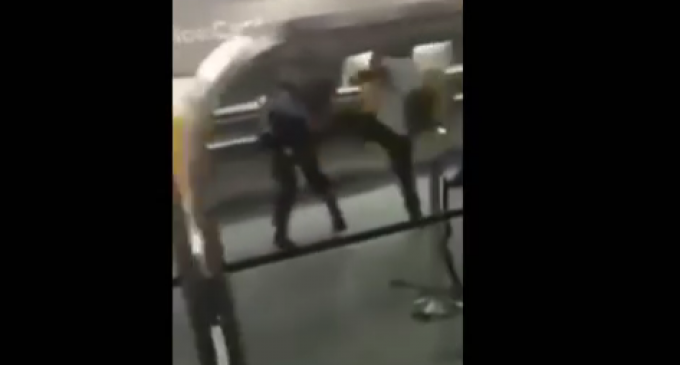 Whatever it was that caused the Muslim man to beat up two police officers at Frankfurt Airport, no one watching the incident stepped in to help.  His family, including two women wearing hijabs, just stood there while the man violently attacked the police.

A video clip shows the two police being kicked and punched by the man, both officers were not able to subdue him. The incident ends when the man drops to the floor, though it is not clear if he is “just play-acting to portray himself as a victim” or if he was tasered.

Whether the man freaked out because his flight was delayed, or as some think, because security supposedly tried to check his wife's veil, no one knows.

The rest of the story can be read on page two.