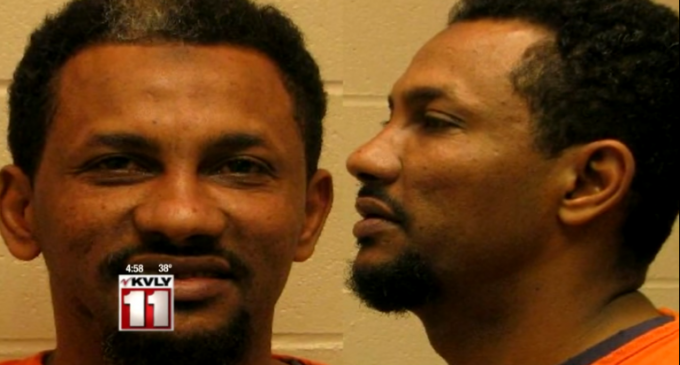 America got a taste of what's to come this week if the government goes through with its importation of Muslim refugees.

Charged with beating and sexually assaulting a gas station clerk in Mapleton, North Dakota, Somalian immigrant Abdulrahman Ali has flatly refused to show up in court to account for his crime. Ali lived in the US for 4 years before he attempted to forcibly kiss the clerk before throwing and locking her in the women's bathroom, where he molested and assaulted her. She attempted to escape at one point only for him to throw her against the wall. This lasted until police finally arrived and broke the door down after he refused to unlock it, asserting all the while that the bruised woman was his wife.

Disturbingly, although she couldn't tell what language Ali was speaking, the clerk was able to identify one phrase her assailant said: “Allahu Akbar.”

Click the link below for more about this story: