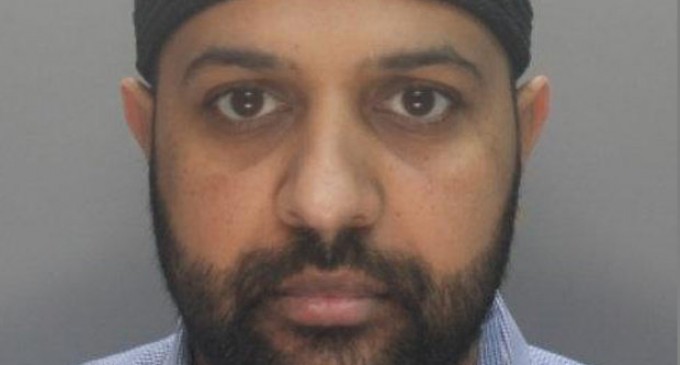 Wearing his police shirt and trousers, Mohammad Arshad, a Bedfordshire Police in training, would drive his Mercedes around Luton, seeking out young girls for sex.  The thirty-five year old Muslim man was suspended from the force immediately after one of his victims came forward.

Mohammad Arshad would utilize social media, such as Facebook, to befriend and groom the girls before meeting up with them.  One of his victims, a 14-year-old girl was raped in the back seat of his vehicle.

The Bedfordshire Police searched Arshad's house in Luton, Bedforshire and found dozens of images of teenage girls on his phone and computers.  He would contact the girls on “Facebook, Blackberry Messenger, WhatsApp or texts” and begin a relationship built on flattery, compliments and suggestive sexual messages.

Read more about his conviction on the next page.