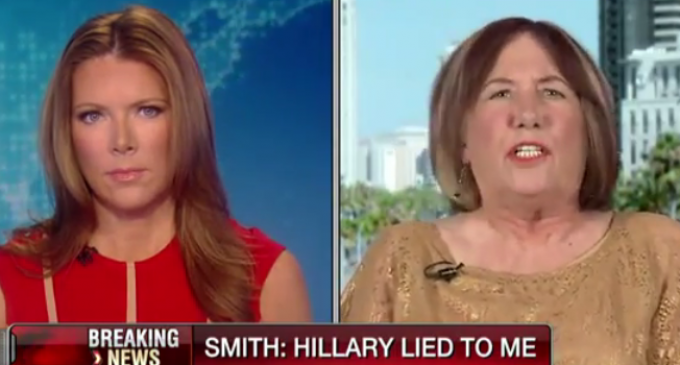 The media may not be challenging Hillary Clinton on Benghazi, but one of the family members of the people killed there certainly is.

Shocked by Clinton's assertion that she was “absolutely wrong” for saying the Democratic frontrunner and former Secretary of State lied about the incident, Patricia Smith unloaded on her, paraphrasing Madeleine Albright and saying that there's “a special place in hell” for Clinton and her ilk.

Speaking on Fox News, Smith told host Trish Regan that Clinton lied to her about the reason for the attack. Initially, she said the attack was a violent response to a video critical of Islam, but it soon became clear that the assault on the American compound was a premeditated operation planned months before the terrorists even heard about the video.

With her son Sean being one of the 4 Americans murdered in Benghazi, Smith is in a unique position to call attention to Hillary's duplicity over the issue. We are very fortunate that she has risked opening herself up to personal attack in order to speak out against her.